Does Solar Energy Cause Pollution? 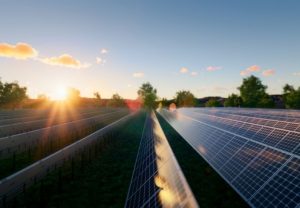 It has been an ongoing debate for many years now. Solar power is known to be a clean and renewable source of energy that’s great for the environment, but some people still question – does solar energy cause pollution? Let’s dig deeper into this topic and answer it with facts.

Where Does Solar Energy Come From?

Simply explained, solar energy is produced by using solar panels that consists of photovoltaic cells that converts light and heat from the sun into usable energy. Although many of us use the calculator on our phones and computers nowadays, a lot of us still remember those calculators with little black cells on the side that operates without any battery. Those black cells are called photovoltaic cells that uses solar energy to make the calculator work.

Because the sun shines freely all day, even on cloudy days, it is able to deliver solar energy to us. When you have solar panels installed on your home, then this can be converted into usable electricity that can be used to power appliances that are way larger compared to little calculators – your refrigerators and freezers, TV, air conditioner, lights, heaters, and so much more!

Most definitely, solar energy is more environment friendly compared to traditional electricity. Converting the sun’s energy to usable electricity doesn’t emit greenhouse gases or cause air pollution at all.

When Do Solar Panels Cause Pollution?

The argument of solar energy causing air pollution comes from the time the solar panels are created and transported. Truth be told, the pollution it produces is still nothing compared to daily pollution caused by traditional electricity that uses fuel, coal, or gas.

According to the U.S. Energy Information Administration, “some toxic materials and chemicals are used to make the photovoltaic (PV) cells that convert sunlight into electricity”. Potentially hazardous fluids are also used by some solar thermal systems for heat transfer. Yes, these can be harmful to the environment. Thankfully, however, the U.S. government has laws that regulate these operations to minimize impact on the environment.

Contact Us for Solar Installation in Port Orange, FL

For your solar installation needs in Daytona Beach, Port Orange, Palm Coast, Ormond Beach, and the surrounding areas, contact Wayne’s Solar. You may reach us at 386-673-9720 to get a free quote.