What Is The Florida Net Metering Bill? 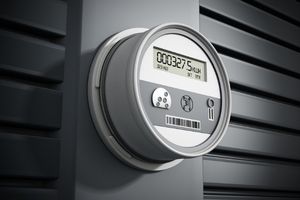 The Florida Net Metering Bill is a proposed law that, if passed, will allow companies to regulate how much solar power users can sell the surplus energy. It would also reduce the number of monthly credits solar users receive, reducing their income.

UPDATE: In April 2022, Governor Ron DeSantis vetoed the Net Metering Bill that the Florida House had passed. This was a big victory for the solar industry in Florida, as well as the United States, given the power of precedence.

Passing the proposed law would mean contravening the rules and regulations the Florida Public Service Commission set up in 2008. According to these regulations, residents with a rooftop solar system are under instruction to connect to the utility systems and can sell their extra electricity.

The sale of this excess energy would earn them credits, also known as “full avoided costs.” The Net Metering Bill would begin its effect on the credits as early as 2024. The Public Service Commission would enforce the rules, predicted to begin in January 2029.

The bill is primarily endorsed by the utilities industry, and specifically Florida Power & Light. They are in the business of protecting and growing their bottom line, and not achieving a more environmentally-friendly earth.

The Effects of the Florida Net Metering Bill

The Senate passed the Net Metering Bill that would have citizens of Florida who use solar power pay the full cost of electricity. It would mean that there wouldn’t be any subsidies, resulting in millions of dollars in expenses.

The bill would have been detrimental to Florida’s solar industry. First, the high electricity charges would have put over 40,000 workers in the sector out of work. Furthermore, the high price of installing solar panels would discourage homeowners and commercial building owners from investing in the industry —the solar industry contributes up to $18 billion to the Florida economy every year.

What’s more, findings from a report by the Florida Senate Committee demonstrated that customers already in the grid would be getting lower returns than what they’d anticipated. Another downside to the bill’s passing is the negative effect it would have had on the state and country’s efforts to become energy independent.

On the other hand, supporters of the bill argue that it would level the playing field for all parties, solar and non-solar users.

On April 27, 2022, Governor DeSantis surprised Florida residents by vetoing the bill. He cited his reasons for the decision in the veto letter. He explained that he was against the idea of Florida contributing to a financial crisis when the country was already experiencing the worst inflation in over 40 years.

The news came as a relief to the stakeholders in the solar industry to whom the bill would have impacted the most. Clean energy is a major part of Florida’s economy, with solar power predicted to lead up to 30% of energy production for residents in the next ten years.

Solar energy is a clean and affordable way of powering your home or business. Other benefits of installing solar panels include up to 26% in tax credits from the IRS. What’s more, you also become eligible for rebates on selected installations.

Are you interested in becoming a part of the solar PV system, visit our page, Wayne’s Solar, or request an estimate at (386) 673-9720 to book your free consultation today!