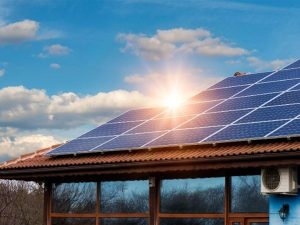 Solar panels have been around long enough that everyone knows how beneficial they can be to those that own them. They pay for themselves over time in energy savings and they lessen a family’s carbon footprint in the world too. Despite how useful these solar collecting devices are, there are very few people that can tell you who invented solar panels. Perhaps the reason for that is they seem to be many people that contributed to input that made solar panel electricity generation possible. Here is what is known about these people.

As far back as the 7th century BC, there has been evidence collected that man used magnified energy from the sun to do such things as start a fire. In the 3rd century BC Greeks, Romans, and others described using sunlight to ignite torches and fires for religious ceremonies. Does this mean that we can trace who invented solar panels back to this time? The answer is no but it tells you just how long man has been aware of the sun’s potential for energy generation.

OK, so who is the first that should be mentioned when it comes to who invented solar panels. Many would say it’s French scientist Edmond Becquerel who determined that when two electrodes were placed in solution, they could intensify power when sunlight hit them. It was Willoughby Smith who first identified that selenium, which is the main ingredient in today’s solar panels, could increase photoconductive potential when they came into contact with direct sunlight. Charles Fritts was the first one to put together what was previously learned to create the first solar cells which were made using selenium wafers; this is why Fritts is often referred to by many as the founder of the solar cell. The modern silicon-based photovoltaic cell version was a joint effort from Daryl Chapin, Calvin Fuller, and Gerald Pearson. This resulted in the first instance where a solar panel could actually power up an electric device.

Now that you already know who invented solar panels, you might already be considering to make the switch! For solar panel installation in St. Augustine FL or for other solar products such as solar pool heating, solar water heaters, solar attic fans, and more, call Wayne’s Solar! We also provide services in Palm Coast, Jacksonville, New Smyrna Beach, and other areas in Florida. Call us at 386-673-9720 for a free quote.